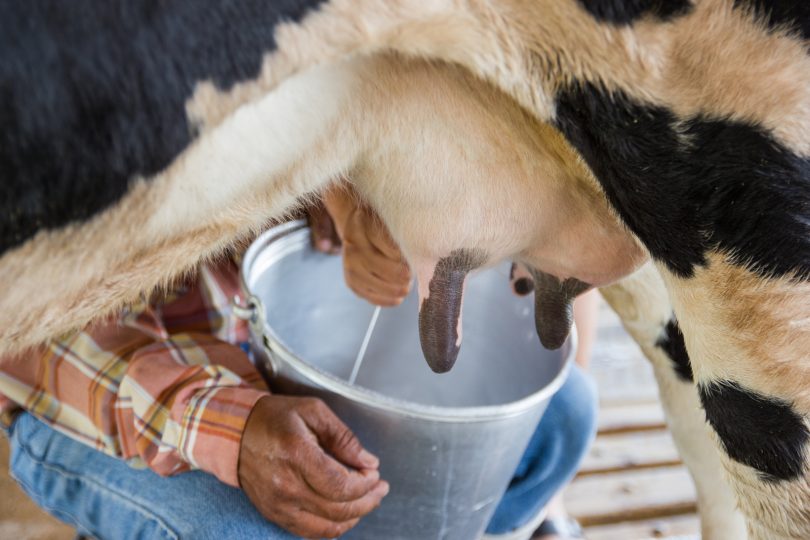 It’s not uncommon to hear people talking about the health consequences of processed foods nowadays. When we hear “processed foods” the things that come to mind usually include deli meats, canned soups, frozen microwave meals, crackers, cereals and other snack foods. Well, it turns out milk is technically also one of those “processed foods” – though perhaps for good reason.

So, what’s the alternative to processed milk?
Raw milk.

Unpasteurized milk is called raw milk, and it’s growing in popularity. Raw milk, by definition is the milk from any animal that has not been pasteurized to kill harmful bacteria.

Is raw milk right for you?
Some concerns surround the fact that pasteurization changes nutritional benefits, as it may alter some of the enzymes and proteins found naturally in the milk. Though some nutrients may be somewhat reduced in pasteurized milk (such as Vitamin C), the American diet generally has plenty of other sources with these nutrients. Despite pasteurization, pasteurized milk still maintains availability of its nutritional benefits, but with a much lower risk for disease.

Know the source of your raw milk
While there are precautionary measures many farmers take to avoid the horrific-sounding side-effects of raw milk, bacterial contamination can still occur even if:

So, if you decide to drink raw milk, it’s suggested that you research your local dairy supplier for any issues with inspections, shut-downs due to health violations, and any claims of illness against the dairy.

Want to purchase?
Georgia – The state has banned the sale of raw milk for human consumption.
South Carolina – Raw milk sales are legal on the farm and, to a limited extent, in retail stores. Farmers must obtain a permit and can only sell raw milk, not raw milk products.

For a list of state laws for raw milk, visit the CDC State Milk Laws.

Katelyn Metz is a clinical dietitian at Augusta University Medical Center, working primarily in adult outpatient clinics. She received a bachelor’s degree in dietetics from the University of Wisconsin – Madison and is currently perusing further education. At AUMC she spends her days counseling patients with Cystic Fibrosis, diabetes, weight management goals, renal and heart conditions.