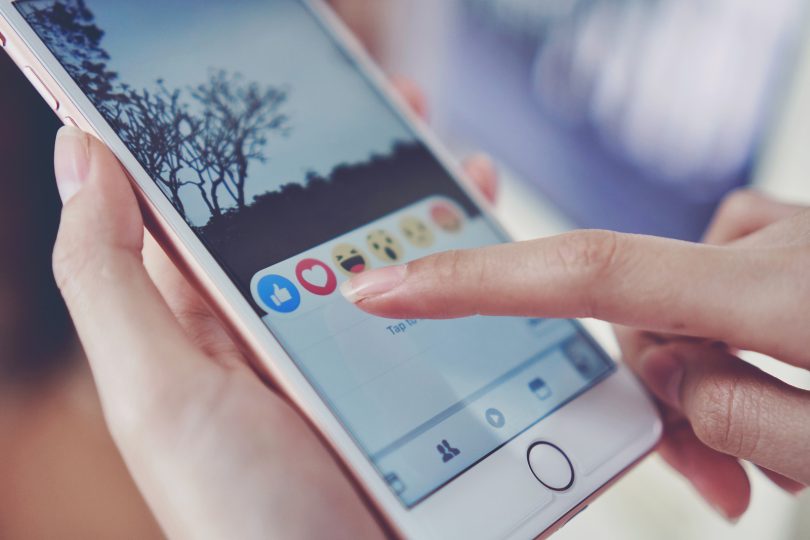 Social media does many things. It gives far-away friends and family a peek into our daily lives, it lets us share both good and bad news faster than any other method, it helps us get recommendations for babysitters, housecleaners, contractors—all vetted by our friends.

Plus, it’s heartwarming and pretty entertaining. Who wouldn’t want to see a video of a military vet surprising their son or daughter? Or 20 dogs jumping into a pool and having the time of their lives?

Or, a close-up of that super gnarly toenail that you didn’t know your college buddy has?

OK, maybe you really, really didn’t want to see that. But social media is supposed to be fun. So why are so many of us unhappy after we spend time scrolling online?

Research Says
Google “depression and social media,” and you might be shocked at how many hits come up. It’s a topic that’s been well-researched, and some scientists might even say there’s a link between the two. A correlation, but views are mixed on whether it’s a true causation.

Spending a lot of time on social media and using multiple platforms tend to be associated with the highest risk—and that’s not even including instances of cyberbullying or actual, direct negative experiences.

So why do some of us feel worse after social media? “One thing is comparison envy, that ‘grass is greener’ phenomenon,” said Dr. Bernard Davidson, a psychologist at Augusta University Health. “People are more likely to post something happy or positive or maybe even brag about themselves. When others read that, there’s a human tendency to compare yourself. So there’s a potential for feeling less than others. It’s, ‘Hey, how come my life isn’t like that?’”

But it’s important to remember: That happy vacation photo doesn’t show how your friend got food poisoning later that night. That image of your neighbor who #wokeuplikethis was posted after she chose the most flattering angle and light—and added a filter. That new job your buddy is celebrating? It came after months of depression and unemployment.

But when you spend a lot of time on social media or on different platforms—“It can increase the potential for comparison envy,” said Davidson. “We all know it’s true, but it’s easy to forget that on social media, others are putting their best face forward.”

Also, when it’s a spouse or significant other who’s always looking at social media instead of interacting with you, another emotion can arise: jealousy.

It can be romantic jealousy, where your partner is catching up with an old flame. “Divorce lawyers are increasingly reporting social media flirtations in their cases,” said Davidson.

But what can be even worse is when it seems your partner is far more interested in watching cat videos or catching up on social media news than listening to you or hearing about your day. “In both of these situations, couples will need to at least revisit expectations when it comes to their relationship and social media use,” said Davidson.

The “A” Word
Nearly anything we love can turn into an addiction. While the jury is out as to whether “social media addiction” actually exists, said Davidson, there are similarities between overuse of social media and addictive behavior, like preoccupation, escapism, mood changes, along with building up a tolerance and needing more.

“People who get likes on a post have even shown an increase in certain endorphins in the brain, which create a rewarding effect,” said Davidson.

Meanwhile, those who are used to being constantly on social media might get anxious if they can’t access their favorite platform and even show withdrawal symptoms.

The bottom line, however is this: Is social media disrupting your personal relationships, work performance or daily responsibilities? If the answer is yes, it may be time to rethink your social media use.

While there’s no set formula for the amount of time that’s “good” or “bad” to spend on social media, Davidson suggests starting by just keeping track of how much you’re using it. You’re probably on your phone anyway, so just make a note when you start and stop accessing social media, every time, for about a couple weeks.

The act of keeping track will probably make you use social media less anyway, but you might still be surprised at how much time you’re spending online. Then, decide what your goal is. “A good place to start is to just reduce the amount of time you’re spending by 10 percent each week over the next five weeks,” said Davidson.

If you are still struggling and your relationships aren’t improving, it may be time for professional help to identify alternative behaviors and to help better structure a schedule for social media use.

“Social media can have a great purpose,” said Davidson. “But if you’re overusing it, think about the cost of that for you. What are you missing out on, how are your relationships? Are you feeling less than others? Then it’s probably time to make a change.”

For more information about behavioral health or to schedule an appointment with someone who can help, call 706-721-6597, or visit augustahealth.org/behavioral-health. However, if you or someone you love is suffering a mental health emergency and may be a threat to themselves or others, please call 911 immediately.

To find a primary care physician or schedule an appointment at Augusta University Health, visit augustahealth.org, or call 706-721-2273 (CARE).