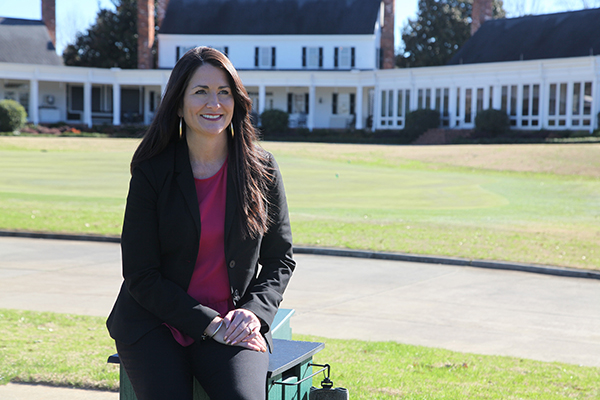 It’s a golf tournament with a name that shows how much fun golfers will have playing and how much fun the committee has planning it.

“Everyone likes to support a good cause,” said Shelly Martin, Vice President of Operations for ATC Development. “When you make it fun, it tends to make people more excited about taking part and raising money.”

Martin, who serves on the committee for the “Tee Off Fore Tatas” golf tournament, has worked in the apartment industry for 22 years. She has been involved in several community outreach efforts but she is most proud of her work with the tournament.

The Apartment Association of Greater Augusta (AAGA) hosts “Tee Off Fore Tatas”. In the early stages of planning the 2010 AAGA charity golf event, Martin suggested that the committee choose one charity to donate funds to year after year instead of changing the organization and theme each year.

“We were trying to come up with an organization that committee could rally behind because it affects so many people” she said. “We decided on breast cancer and the Georgia Cancer Center. Breast cancer affects one in eight women. Statistics like that means someone has had a grandmother, a sister, a niece, a friend, a coworker go through the disease.”

Martin’s grandmother was a breast cancer survivor. She’s also seen friends and co-workers battle the disease during her lifetime. The first “Tee Off Fore Tatas” golf tournament raised just over $2,000. That was in 2009. This year’s tournament, held in October, raised over $26,000.

“It’s really gratifying for each person on the committee to see the golfers enjoying themselves on the day of the tournament,” Martin said. “There are so many relationships, both personal and professional, made during the day. People will stop and tell me stories about their loved one’s journey with cancer.”

The golf tournament isn’t the only way Martin participates in affecting the lives of cancer patients. ATC Development works with the Georgia Cancer Center to identify a family in need of an apartment during their visit to Augusta for cancer treatment. Martin and the team at ATC have helped house seven patients since the summer of 2017.

“Finding a place to stay can be a huge burden for cancer patients coming from out-of-town,” Martin said. “So, we provide them a furnished apartment and allow them to bring their cancer caregiver with them.”

Learn more about the Georgia Cancer Center’s Office of Community Information and Awareness and how you can connect with us, at augustahealth.org/catalyst.