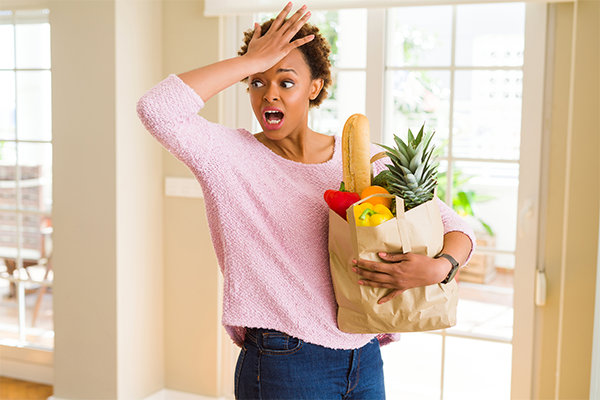 It’s 8 p.m., your kids are asleep and your night begins. But as you come downstairs, you see that the kids’ lunchboxes need to be prepped, permission slips and other school papers need to be gone through, there are still clothes to be folded, and on and on.

And your spouse? Just kicked back in the recliner to watch the latest release on Netflix.

In most households, one partner tends to lead the way while the other follows. But when this gets too skewed, what can happen is that one person handles the full mental load of serving as parent, caretaker, and keeper of where everyone needs to be and when.

“There are invisible things done around the house that don’t get acknowledged enough, until something brings things to a halt,” said Dr. Bernard Davidson, a family psychologist at Augusta University Health. “Getting out of patterns is tough, and when things are taken for granted, you don’t see the forest for the trees and take it as the way it is. But it isn’t.”

What can be especially hard is when one partner feels as though she/he must be the one who consistently asks/tells the other partner to take care of a task.

Gemma Hartley wrote about that on Medium, talking about how one Mother’s Day was defined by a Rubbermaid storage box that had sat in the middle of their walk-in closet for days, after her husband took it down to look for gift bags and tissue paper: “I couldn’t return it to the high shelf where it belonged without enormous effort and the aid of a kitchen chair, but that wasn’t the real problem. It was obvious that the box was in the way and needed to be put back. It would have been easy for him to just reach up and put it away, but instead he had stepped around it, willfully ignoring it for two days. It was up to me to tell him that he should put away something he had taken out in the first place. …. And therein was the real problem. … Why did I always have to ask?”

It can be tough getting over that resentment, especially if it has been building over a long time. “Professional help is not necessarily a bad thing,” said Davidson. “If it really is something where you find yourself stuck in a deadlock of resentment begetting resentment, seeing a family counselor for a brief period to smooth things out is one way of broaching that subject.”

But he wouldn’t necessarily go there first. “I’d rather have a couple sit down and say, ‘Look, we’re in this together. We’re looking for a proactive, positive solution into our differences of perception. Let’s start there.”

Step One: Look at it from your spouse’s point of view. First, there should be an honest, but kind discussion about the pressures each partner is under to help each person see what’s going on from the other’s perspective. “When you’re wrapped up in your own stress overload, you’re likely to be less empathetic to your partner,” he said. “The presumption on both parts could be that maybe you don’t really know what’s going on with me, so let’s start the discussion there.”

Step Two: Plan it out. “Take a good breath, exhale, and map out who does what,” said Davidson. “Both sides may not know what’s been going on in terms of invisible duties.” Write this down on paper, and include the first shift, everything you do at your job, whether you work outside or inside the home; the second shift, what you do to take care of the house; and the third shift, the things that often are taken for granted, like making sure school lunches and snacks are packed, homework is checked, clothes are set out, childcare and events are scheduled, etc.

It could also be a good idea for your spouse to see things through your lens. So maybe you both make a list of third shift items, and you each agree to engage in those with the other for a week. “That gives you the opportunity to see what’s on the invisible shift,” said Davidson.

Step Three: Do your best to avoid pointing fingers. “Don’t get bogged down in who’s been doing more in the past, that’s not likely to lead to a fresh jolt toward moving forward and making it more equitable,” said Davidson. “And that’s what you want, to move forward.”

Step Four: Negotiate the schedule. It doesn’t necessarily have to be tit for tat, but come to a good faith agreement of what each partner will take ownership of.

“Stressors are such that it’s often not the major stress that bothers you; it’s the minor stresses, the minor things that never get done,” explained Davidson. “When you feel like there’s always something else to do, that can upset you a lot more than the big significant thing coming up. So what’s the answer? Communication—and proactive communication.

“If someone is reading this and says, ‘Hey, this fits me,’ then it’s time to open up to your partner, and say, ‘Let’s set aside some time to talk about this.’”


Error: API requests are being delayed for this account. New posts will not be retrieved.