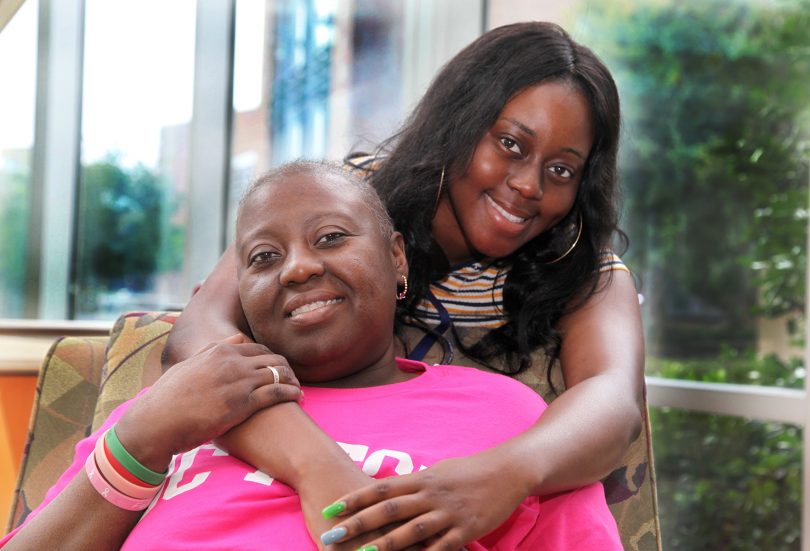 Taking care of another person in his or her time of need is a selfless act fueled by love and compassion, but it comes with a cost.

For Dekayla Jennings, being a caregiver started as soon as her mom was diagnosed with breast cancer.

“I looked at my mom after the doctor left and told her ‘I got this,’” she said. “But I knew I wouldn’t be able to stay in school after learning how many appointments I’d have to take her to.”

It was September 2017 and Dekayla Jennings was a 16-year-old 11th grader at Williston Elko High School in Barnwell County, South Carolina. She had been in school for just two months when her mother, Dale Boyce, received her diagnosis.

A caregiver’s burden is often about making sure the needs of the patient are met, but most caregivers are not prepared for the amount of work it’s going to take to care for and assist the patient. According to Dr. Amy Allison, a psychosocial oncologist at the Georgia Cancer Center, it’s easy for the caregiver to become so consumed with the patient’s needs, they forget their own.

“We use an analogy of being on an airplane and making sure you put your oxygen mask on first before you try to help your family member put theirs on,” Allison said. “After a time, you can start to see a person unravel over time. They’re not eating, they’re not sleeping, they’re not leaving the hospital, and they’re not showering or otherwise taking care of themselves.”

While Jennings knew she would be the one who needed to step up for her mom, she was also concerned about not letting her schoolwork suffer. So, she went on the internet and started doing research on different K-12 homeschooling programs. While she thought it would be a few months before she would be able to enroll in one, Jennings and her guidance counselor were able to get her into a program just two weeks after Boyce’s diagnosis. 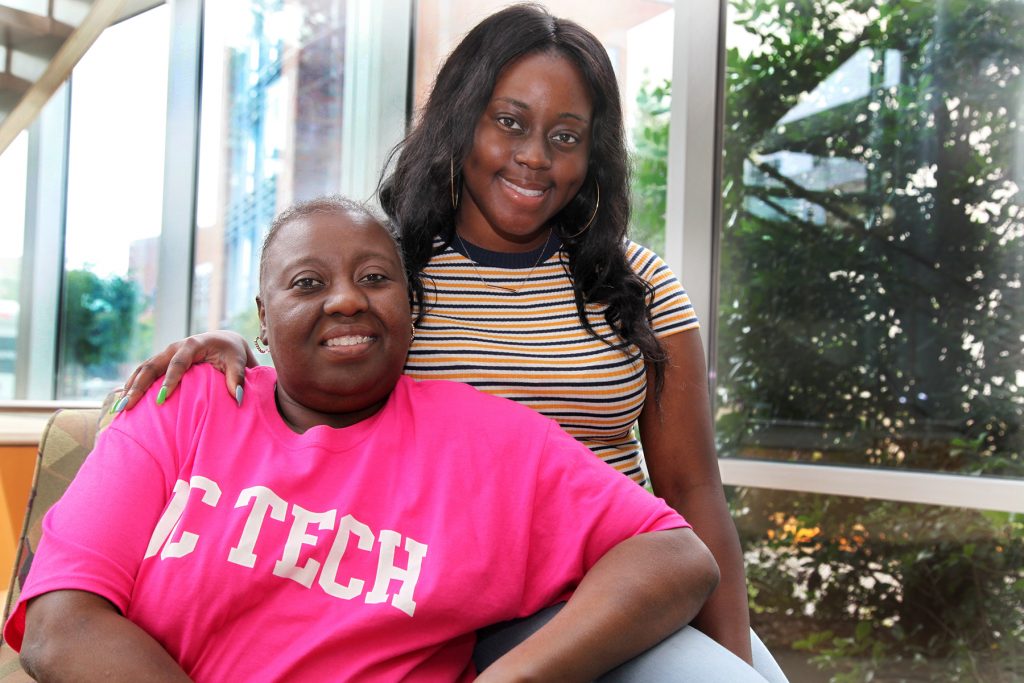 “I looked at my mom after the doctor left and told her ‘I got this,’” Jennings said. “But I knew I wouldn’t be able to stay in school after learning how many appointments I’d have to take her to.”

According to Allison, such an act often leads to feelings of guilt.

“I think guilt is something that comes up when they are putting their needs on the table,” Allison said. “So, to avoid the guilt, they don’t put their needs first. Therefore, we talk with them to let them know they are not being selfish. It is important for them to be taking care of themselves.”

During the day, Jennings would cook her mom breakfast and lunch. In between meals, she’d complete her assignments. Sometimes, the schoolwork would have to wait until after dinner. The decision to do the homeschooling proved successful for Jennings. She returned to her school for her senior year after receiving A’s and B’s from the homeschool program.

According to Allison, ongoing communication between the caregiver, the patient and their medical team is important to successfully get through treatment and recovery. It is important for the time between a caregiver and patient to be constructive, helpful and a positive experience. Jennings said the team at Augusta University Health and the Georgia Cancer Center always thoroughly explained what it will take to care for Boyce once they are back home in Barnwell. This included changing bandages after surgeries and making sure she was taking the right medications after the procedure.

“When I came home after surgery, I had bottles and bottles of medicine,” Boyce said. “She would ask the doctors and nurses questions to make sure she was educated for when we went home. So, she had a list of the medications, all the side effects they could cause and when she was supposed to take each one.” 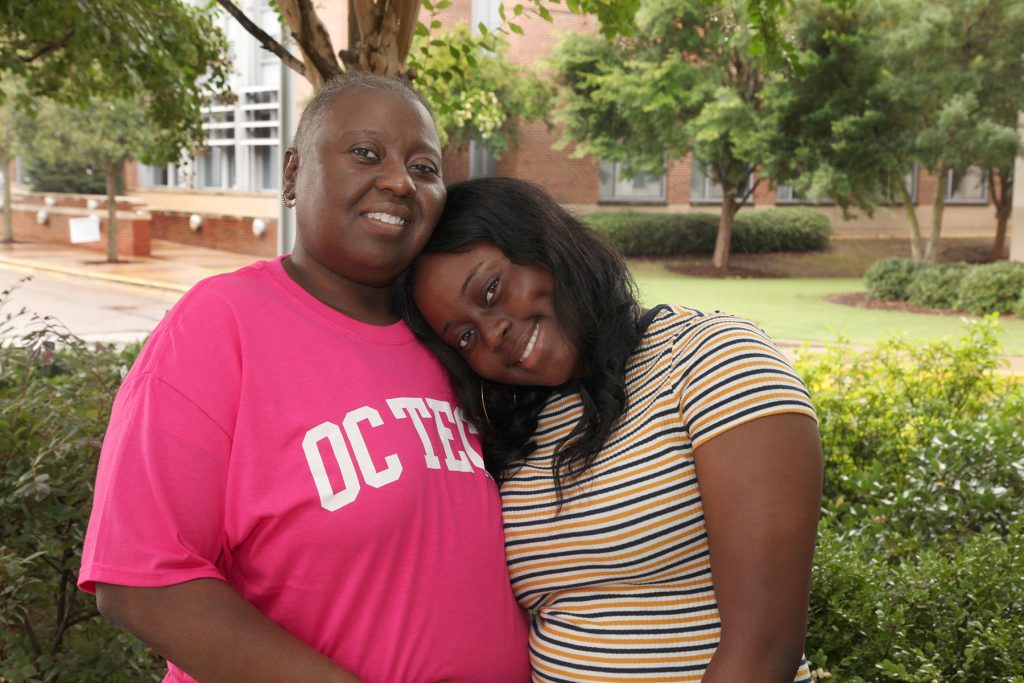 A caregiver’s burden is often about making sure the needs of the patient are met, but most caregivers are not prepared for the amount of work it’s going to take to care for and assist the patient.

While there were no signs of disease for several months, the cancer metastasized to Boyce’s liver, lung, and bones. For Jennings, this means the job of being a caregiver continues. But, now, she has a job working with voter registration, while also planning to go to college online. In addition, she has this advice for others who find themselves being a caregiver to a parent, spouse, or friend.

“Never let your loved one give up their fight. That was one thing I would never let my mom do — I would never let her give up,” she said. “Every cancer patient has their good days and bad days and the bad days will always turn out good if you maintain a positive outlook.”

#Thankful for the healing beauty of nature. 🍂

Our allied health team members are an invaluable p

Congrats to two of our favorite docs who have welc

Our international nurses are helping to fill in th

Bringing knowledge to life Hey IG!! As an REI fel