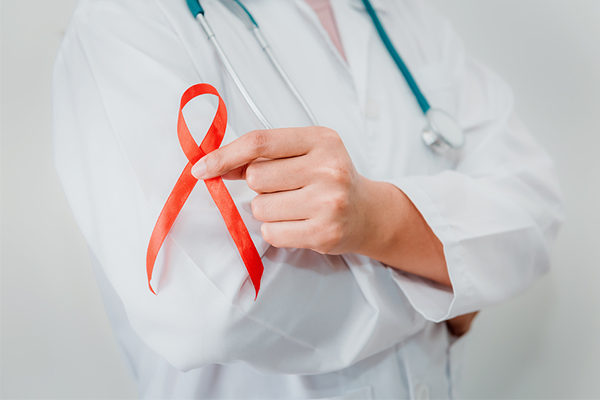 Just over 1 million people in the United States are living with HIV today—having successful careers, getting married, raising families.

Life with HIV is almost like life with any other chronic disease, thanks to medications that can keep the disease under control.

Here’s the flip side to that though: “There are young people today who did not come of age when HIV was considered a disease where you would die within a few years of being infected,” said Dr. Jacqueline DuBose, a family medicine physician at Augusta University Health. “A whole generation of people have grown up without that knowledge and have always viewed HIV as a chronic disease. There’s some concern that maybe their safe sex and other practices are not what they should be.”

What We Still Know About HIV

HIV, or human immunodeficiency virus, attacks the immune system, killing off important cells (CD4 or T cells) that help protect you from infections. Over time and if left untreated, it can lead to AIDS, or acquired immune deficiency syndrome, in which your body has very low CD4 cells or a high number of infections.

It’s estimated that without treatment, a person with HIV will develop AIDS within 10 years. Treatment means that people can live full, healthy lives with HIV for decades.

Despite what some people might still believe, you can’t get HIV from:

Once you’ve been infected with HIV, it can take up to a couple of months for symptoms to begin. “The first stage is a flu-like illness, lasting about one to two weeks,” said DuBose, which may include symptoms like:

If you’ve been infected, this is the point when doctors ideally would diagnose HIV so they can start treatment, keep the disease from progressing, and prevent transmission. “If we can catch it in the early stage, it never has to progress to a third stage,” said DuBose, which is when patients experience dramatic weight loss, constant infections and fevers.

If you think you might have been exposed to HIV, see your doctor. The newer tests can detect the virus in blood or saliva in as little as two weeks after exposure, and results are generally available within hours. There are also over-the-counter test kits available online or at most drug stores.

If the result is positive, your doctor will perform a test to confirm the diagnosis.

A positive diagnosis means you need to start on antiretroviral therapy ASAP, which is medicine that you take every day. At the same time, your doctor will monitor your viral load—the amount of HIV in your blood—and your CD4 count. The goal is to get the viral load to as close to zero as possible and to keep your CD4 count high.

Many people with HIV see an infectious disease specialist. Primary care physicians may also care for patients with HIV. At Augusta University Health, a dedicated HIV clinic helps provide multidisciplinary care in the region for people living with HIV, focusing not just on medication compliance but also wellness.

“It’s important to note that once you’re infected, people can transmit the disease anytime, even before onset of symptoms,” said DuBose.

This is why the United States Preventive Services Task Force recommends that everyone between 15 and 65 get screened for HIV at least once, and all women when they become pregnant.

It’s also why everyone should practice safe sex, including avoiding unprotected sex and knowing how to use a condom. People at highest risk are men having sex with men and IV drug users.

If you are in a relationship with someone with HIV, you can take preexposure prophylaxis, or PrEP, to help you prevent getting infected—along with consistent condom use. PrEP is a combination pill with two antiviral medications and must be taken daily.

All of the above is what DuBose continues to stress, especially for younger people who don’t have the experience of HIV that those of us who grew up in the ‘80s and ‘90s do. “That education is still really important,” she said.

We know you’re busy, that’s why we’re bringing world-class healthcare to your neighborhood.

Augusta University Care Centers are right in your community with teams of skilled primary care and specialty care doctors. Make an appointment at our Family Medicine clinic or at one of our care centers today, visit augustahealth.org, or call 706-721-2273 (CARE).