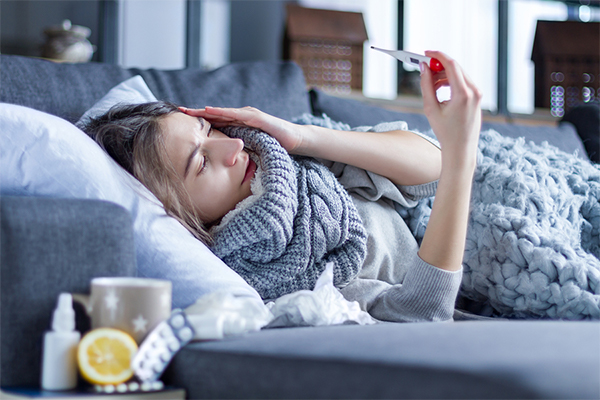 It’s a disease that affect the lungs, passing from person to person through coughing or sneezing. Symptoms include cough, sputum production, fever, night sweats, spitting blood, night sweats, weight loss and loss of appetite, and malaise. And if you have it, you’ll need to wear a mask to keep from infecting people around you.

Think it sounds familiar? But it’s not COVID-19. It’s tuberculosis.

Tuberculosis has been around a while and is still a top infectious killer worldwide, with 1.5 million dying from it in 2018. In that same year, 10 million people had active tuberculosis.

Today in the U.S., thanks to a strong public health push, tuberculosis affects only about 2.8 out of 100,000 people. “It is quite uncommon today in the U.S.,” said Dr. William Davis, a pulmonologist at Augusta University Health who is also a physician consultant to the TB Public Health Clinic in Augusta-Richmond County (these clinics are in every county in Georgia). “But that’s not by accident. It’s really through some pretty hard work on the part of the TB clinics to keep it under control.”

Tuberculosis is caused by a bacteria. According to the World Health Organization, about one-quarter of the world’s population has latent TB—which means they have been infected by the bacteria, but because they have not gotten sick yet, they can’t transmit it. About 5% to 15% of people with latent TB will go on to have active disease. Then they could have mild symptoms for months and potentially infect other people.

People living with HIV are at highest risk for developing active TB if they are exposed to the bacteria. People who are close contacts to an active case are also at risk, said Davis. Other groups include people with diabetes, people on corticosteroids or other immunosuppressive medications, cancer patients getting chemotherapy, people who are underweight or malnourished, and prisoners.

Putting an End to Tuberculosis

Tuberculosis is passed only by person-to-person transmission. So in theory, it’s possible that one day we could make it extinct. But, we’re a long way away from that, said Davis, even though cases of it are quite low in the U.S.

The TB clinics, for example, work to control the spread of tuberculosis by treating active cases. Patients with tuberculosis have to take four different medicines daily, Monday through Friday, under the supervision of a nurse, who documents that they took the pills—and that happens for six to nine months. All hospitals, labs and private physician’s offices are required to report any cases of tuberculosis to the clinics so this process can happen.

Anyone who has active TB needs to quarantine—including wearing a mask to help stop spreading the germs to their family members—until their sputum clears, which usually takes between two to eight weeks. “Studies show that this does work, and while many family members may test positive, not all will,” said Davis.

Anyone who may have been exposed can be screened either by X-ray, skin test or a blood test. Even if you test positive for exposure, that doesn’t mean you actively have TB—but it does mean you have the bacteria in your body. Treatment for that is called TB prophylaxis, and usually takes the form of one pill a day for four to nine months.

Because symptoms are so vague, tuberculosis can be misdiagnosed or there could be a delay in diagnosis—which means the person is exposing people around him or her. “But, only about half of household contacts will develop a positive skin test indicating that they’re exposed,” said Davis. “So it’s not nearly as contagious as COVID-19 or influenza, but it’s contagious. The good news is that while it was the number-one disease in 1900 in the United States, cases today are quite low—and we want to keep it low.”

Augusta University Health offers a variety of care centers and practice sites to fit your schedule. Make an appointment at one of our care centers today, visit augustahealth.org, or call 706-721-2273 (CARE).