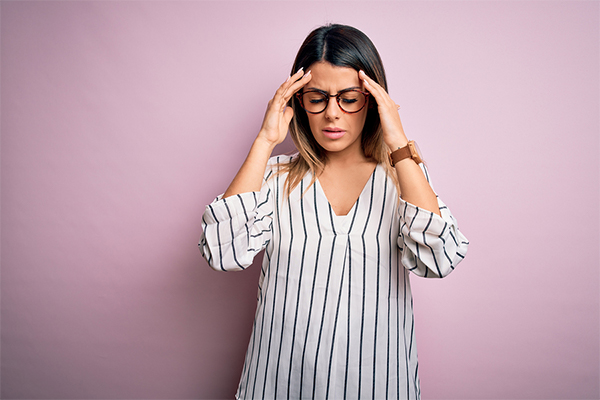 Think a migraine is just a really bad headache?

“I get that a lot,” said Dr. Elizabeth Rutkowski, a neurologist at Augusta University Health. “But in general, almost all headaches are migraines, and they might not even be that severe.”

Migraines are headaches that are triggered by an external source, and they may be accompanied by nausea, visual auras, as well as sensitivity to light and sound. Ever had a hangover headache? That’s a migraine. So is a headache from not getting enough sleep, skipping meals, or being dehydrated.

Other common migraine triggers that patients should do their best to avoid include:

If you find yourself getting frequent migraines, keeping a headache diary can help you identify if a certain food or activity is causing them so that you can avoid those triggers, said Rutkowski.

She also suggests coconut water for her patients with migraines since it is very rapidly hydrating. “I also recommend to patients that they try not to skip meals since big dips in blood sugar can cause migraines,” she said.

Still, there are going to be days when headaches happen. Migraines tend to be long-lasting, from a few hours to a couple of days. “In terms of over-the-counter medications, Aleve or naproxen is your best bet,” said Rutkowski, as its long-lasting effects can prevent rebound headaches.

For patients who still struggle with getting relief, a class of prescription medications known as triptans are the first line of treatment. These medications work by constricting the blood vessels in the brain, so they may not be recommended for older patients who have other medical issues such as heart problems. Botox and other nerve blocks are other therapies that can also offer relief.

Patients experiencing really bad headaches may also be worried about more than migraines. “Studies show that almost everyone at some point has worried about having a brain tumor,” said Rutkowski, “although it’s one of the least common causes for headache.”

Usually, if you have migraines, you know what to expect in terms of the pain and other symptoms. It’s when those symptoms are different that it might be worthwhile getting checked out, which could include vision loss, stroke-like symptoms, or extreme pain. “There are two main headaches: old headaches and new headaches,” said Rutkowski. “An old headache is a similar-type of headache, even if it’s worse than usual, whereas a new headache is a different kind of headache with different symptoms. That’s a red flag that needs further workup.”

It’s worthwhile to mention that the second-most common headache is a tension headache, which patients say feels tight everywhere—“like a vice around the whole head,” said Rutkowski. These can be related to stress and are called featureless headaches since they usually don’t have other symptoms like nausea or light or sound sensitivity.

“In general, headaches are very common,” said Rutkowski. “Most go away with over-the-counter medications and usually aren’t something you see a doctor for. But if you find yourself having to call off activities or if you can’t go to work because you’re in bed with a headache, it’s definitely worth talking to a doctor.”