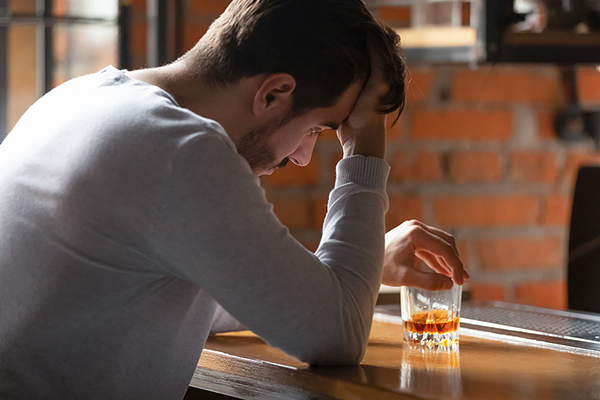 Drug and alcohol use can be hidden, so spotting the signs of an addiction can be difficult. That’s true in “normal” times, but what about right now when we’re seeing our loved ones less often? Social distancing has made relationships and offering support a bit more challenging.

While it can be harder to spot the signs of drug or alcohol dependency when you live far away from a loved one or are not interacting in person, if you believe someone you know might be at risk, there are some signs you can watch for.

The Facts About Substance Use

We’ve referenced both drug and alcohol dependence. While they’re two different things, they fall within a larger group called “problematic substance use.”

Legal and illegal drugs, alcohol, and nicotine all fall within that category, since each can become an addiction or dependency.

Substance use affects people of all races, genders, ethnicities and socioeconomic backgrounds. There is no single type when it comes to abuse.

It also often develops over time, beginning as a light or recreational use and becoming a problem as time goes on.

Drug or alcohol dependency can cause both physical and behavioral symptoms.

Physical symptoms may include:

Behavioral or mental health-related symptoms may include:

It goes without saying that most of these signs are more obvious and easier to spot when you’re regularly interacting with a person up-close. But if you believe someone you know is at risk of dependence, your best approach is to maintain an active role in that person’s life.

Engage with the person on social media, keeping a careful eye on the things he or she is posting. Many times, posts can reveal a shift in mood or demeanor.

Try to maintain close contact through other means, too. If possible, use video calls to see the person “face to face.” This will allow you to spot changes in appearance that can be indicative of a dependence problem.

Other things that are out of character, such as sudden requests for financial assistance, can also be a sign of a drug or alcohol dependency.

How You Can Help

If you believe someone you love has a drug or alcohol dependency, your next step is an important one. Have a conversation with the person about what you’re seeing and your concern.

Keep the conversation open and honest, and don’t criticize or threaten. It’s also important to remember that change won’t come immediately, and that the person with the dependency has to want to make a change.