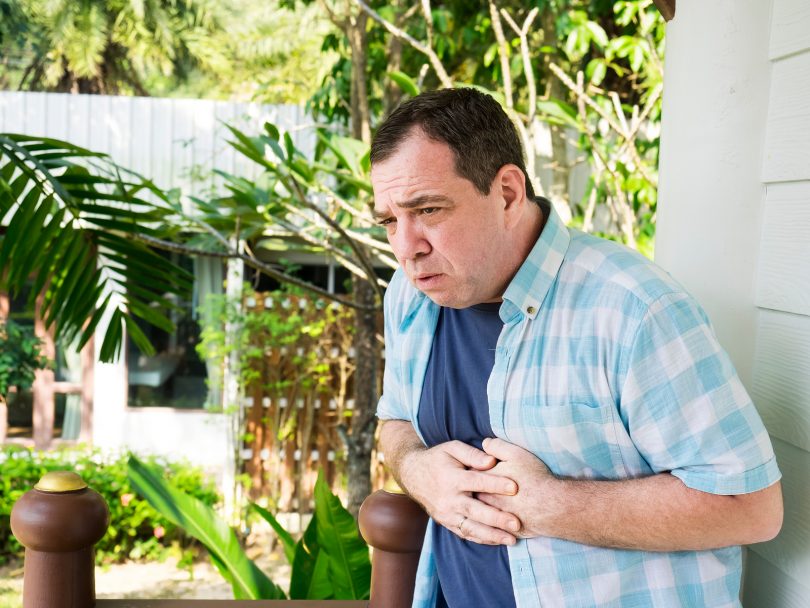 If you feel like you’ve been hearing more about Crohn’s disease lately, you’d be right.

Crohn’s disease is on the rise, with more adults reporting having this inflammatory bowel disease.

“Many patients with Crohn’s disease can have common symptoms, such as urgent bowel movements as well as crampy abdominal pain. In addition, they can have symptoms in other parts of the body associated with Crohn’s disease, including the eyes, mouth, joints, skin, bones, kidney and liver,” said Dr. Humberto Sifuentes, a gastroenterologist and IBD director at the Augusta University Digestive Health Center.

Is it Crohn’s Disease?

Having diarrhea, even on a semi-regular basis, doesn’t necessarily mean you have Crohn’s disease or another major gastrointestinal problem.

Even if you have a gastrointestinal infection, symptoms should only last a few days. So if you have a family history of Crohn’s disease and especially if you have most of the following symptoms for a week or more, you should definitely see your primary care doctor:

As an inflammatory bowel disease, Crohn’s disease can cause inflammation anywhere in the digestive tract, from the mouth to the anus. When it gets really bad, the inflammation can penetrate through every layer of tissue, and affect other parts of the body. These are known as extraintestinal manifestations of Crohn’s disease and can involve:

“The symptoms and potential complications of Crohn’s disease differ, depending on what part of the GI tract is affected. For that reason, it can be difficult to diagnose,” said Sifuentes.

“Given all these various presentations, that’s why people have so many types of symptoms,” said Sifuentes.

Specific foods—which can differ from person to person—can also cause symptoms. But the food itself is not the cause. No one knows the exact cause of the disease, but most experts agree that there is a multifactorial explanation. “It takes a number of different factors working together to bring about Crohn’s disease, including a genetic predisposition, environmental triggers and an altered microbiome,” said Sifuentes.

If you have symptoms of Crohn’s disease, your doctor will take a medical history, perform lab work and will also image your gastrointestinal tract. This may include an MRI or CT scan as well as a colonoscopy and possibly an upper endoscopy.

Crohn’s disease can be mild, moderate or severe. Medications are the first step, and the goal is to stop inflammation, treat symptoms and to keep symptoms from coming back.

For mild disease, doctors may prescribe a variety of different medications to control inflammation, antibiotics to treat infection and corticosteroids to relieve flares.

For moderate to severe disease, doctors will work with patients on a more individualized approach, which could include oral medications, but also infusions or injections. “Nowadays there are many more options than there were say 20 years ago,” said Sifuentes. “Different medications have different side effect profiles, so it’s a very personalized decision.”

Surgery enters the picture when medical therapies no longer control the disease or when it’s necessary to treat complications. According to Sifuentes, about two-thirds of all Crohn’s patients may need some sort of surgery at some point during their lives.

Surgery isn’t a cure though; patients will still need to take medications. But patients should see a relief of symptoms and often are better able to manage flares.

Have a problem? Talk to your doctor

It’s a riff on an old cliché, but the best way to help treat Crohn’s disease is to find it early.

So if you have symptoms, don’t feel embarrassed, and don’t ignore them because you hope they’ll go away.

“Crohn’s disease is a challenging disease, but it is important to understand that most people are able to lead rich and productive lives,” said Sifuentes.

Don’t wait if you think you have Crohn’s Disease.

When these symptoms happen repeatedly, they’re more than embarrassing — they may be a sign that you have a chronic, serious or even life-threatening digestive health condition that needs evaluation and treatment. Schedule an online appointment with the Augusta University Digestive Health Center or call 706-446-GUTS (4887) to speak to a member of our digestive health team.